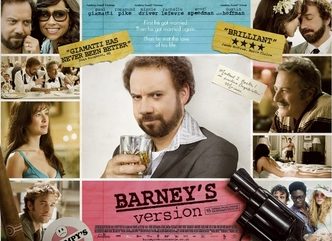 Toward the end of his life, Barney Panofsky (Paul Giamatti) looks back on his triumphs and tragedies, beginning with an ill-fated relationship with Clara (Rachelle Lefevre), whom he marries when she becomes pregnant. When that falls apart, he moves back home to Montreal and gets married twice more, finally finding contentment with Miriam (Rosamund Pike), his third wife. Through it all, Barney is sustained by his work in television, raising children, and the advice of his father (Dustin Hoffman).